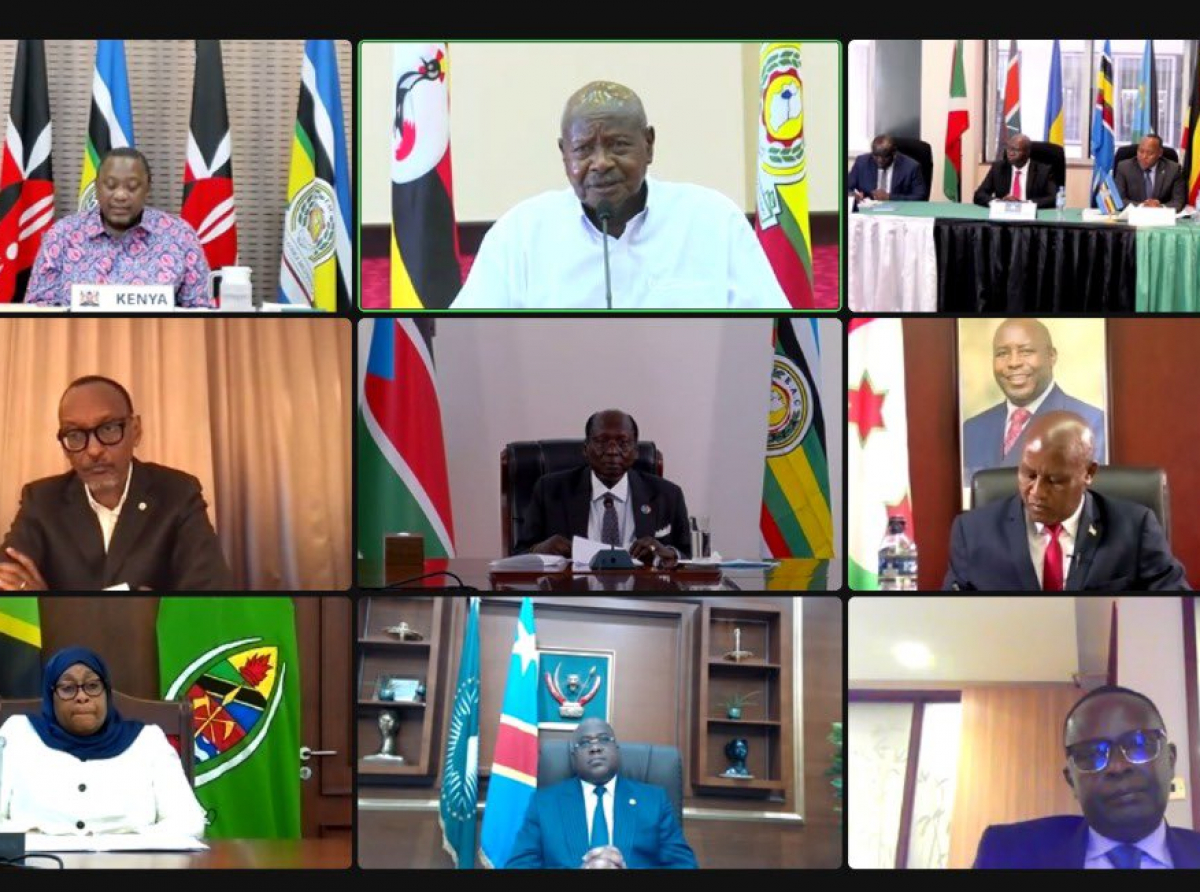 The Summit of EAC Heads of State at their 19th Ordinary Summit held on Tuesday, 29th March, 2022 admitted DRC following recommendation by the Council of Ministers.
The Chairperson of the Summit, H.E Uhuru Kenyatta, who is also Kenya’s President, informed the meeting that DRC had met all the set criteria for admission as provided for in the Treaty for the establishment of the EAC.
“We have concluded the regional processes for admitting new members as provided for in our rules of procedure,” said President Kenyatta.
“Admitting DRC into EAC is historic for our Community and the African continent at large. It demonstrates the agility of the Community to expand beyond its socio-cultural boundaries to new people and trade-centered partnerships and collaboration, thus increasing trade and investment opportunities for the citizens,” added the Chair.

President Kenyatta said that he was looking forward to the DRC signing the Treaty of Accession before the stated date of 14th April, 2022. The Summit took the decision to admit DRC into EAC after adopting the report of the Council of Ministers that had recommended the same. Welcoming his country’s admission into the EAC, DRC President Felix Tshishekedi termed it a historical day for DRC, stating that it paves the way for the harmonization of the country’s policies with those of the EAC.

President Tshishekedi said that DRC was looking forward to increased Intra-EAC trade and reduction of tension amongst the EAC Partner States.
“It is the desire of DRC to see the creation of a new organ in the EAC that is solely focused on mining, natural resources and energy that will be based in Kinshasa, Democratic Republic of Congo,” he said.
In his remarks, Uganda’s President, Hon. Yoweri Museveni said that DRC joining the Community was an event of great significance, adding that he had personally been waiting for the last 60 years for DRC to reconnect with EAC.
“DRC has strong historical, social and cultural links with EAC Partner States. It is the onus of the EAC to now work on restoring peace and stability in Eastern DRC, a fete we can achieve by working together,” he added.
On his part, President Paul Kagame of Rwanda hailed the EAC Council of Ministers and the Summit for fast-tracking the entry of DRC into the EAC.

“I call upon EAC Organs and Institutions to accelerate the integration of DRC into the Community. Rwanda is committed to support the process,” he stated.

Speaking at the event, Tanzania’s President H.E Samia Suluhu Hassan observed that DRC has a long historical relationship with EAC.

President Samia expressed hope that DRC would ratify the Treaty of Accession to ensure full integration of her people into the bloc and reaffirmed Tanzania’s commitment to the integration process in East Africa.
On behalf of Burundi’s President H.E Evariste Ndayishimiye, Vice President Prosper Bazombanza hailed DRC President Felix Tshishekedi for the admission of his country into the Community.
“EAC projects and programmes are vital and their implementation critical for the integration process. As we move towards the Political Federation, we need to strengthen our efforts to protect our borders against terrorism, piracy and other trans-national crimes,” said the VP, as he reiterated Burundi’s commitment to constructively contribute to promoting peace and stability in the region.
Speaking on behalf of South Sudan President H.E. Salva Kiir Mayardit, Hon. Barnaba Marial Benjamin, the Minister for Presidential Affairs, hailed the entry of DRC into the EAC.
Hon. Benjamin said that his country had fallen behind in its contributions to EAC due to the prolonged armed conflict in the country and the Covid-19 pandemic.
“The President has cleared the way for all outstanding contributions to the Community,” said the Minister, even as he praised efforts to employ South Sudanese nationals into EAC Organs and Institutions.
Addressing the Summit, EAC Secretary General Hon. (Dr.) Peter Mathuki, said that the admission of DRC into the EAC comes with increased GDP and expanded market size making EAC a home to about 300 million people, which would be mutually beneficial to the people of both EAC and DRC by providing employment and investment opportunities that come along with this new development.
“The EAC now spans from the Indian Ocean to the Atlantic Ocean making the region competitive and easy to access the larger African Continental Free Trade Area (AfCFTA),” said Dr. Mathuki.
“With lower tariffs on goods and the removal of trading restrictions among Partner States, we anticipate that goods and services will move more freely. With a larger market, manufacturers in the EAC, whether large, or SMEs, will benefit from economies of scale, making them increasingly efficient and competitive,” he added.
The Secretary General invited the Private Sector to work closely with the Public Sector to tap the benefits of the entry of the central African nation into the bloc.
Further, Dr. Mathuki said that DRC’s entry also requires integrating the EAC’s trade infrastructure, intermodal connectivity, One-Stop Border Posts (OSBPs), and trade systems to reduce trade time and costs, adding that enhancing trade facilitation will enable formal and informal cross-border trade along the region’s transport corridors.
Upon ascension to The Treaty establishing the East African Community and depositing of the instrument of acceptance with the Secretary-General, DRC will join EAC’s cooperation in all the sectors, programmes and activities that promote the four pillars of EAC Integration. Collaboration in these areas will help us achieve the Community’s objectives as set out in Article 5 of the EAC Treaty.